The hill by the canal has finally been painted. Whilst this all looks too shiny at the moment, it’s only a base for the grass/rocks/scrub that will eventually follow.

There is now a retaining wall separating the railway from the hill: 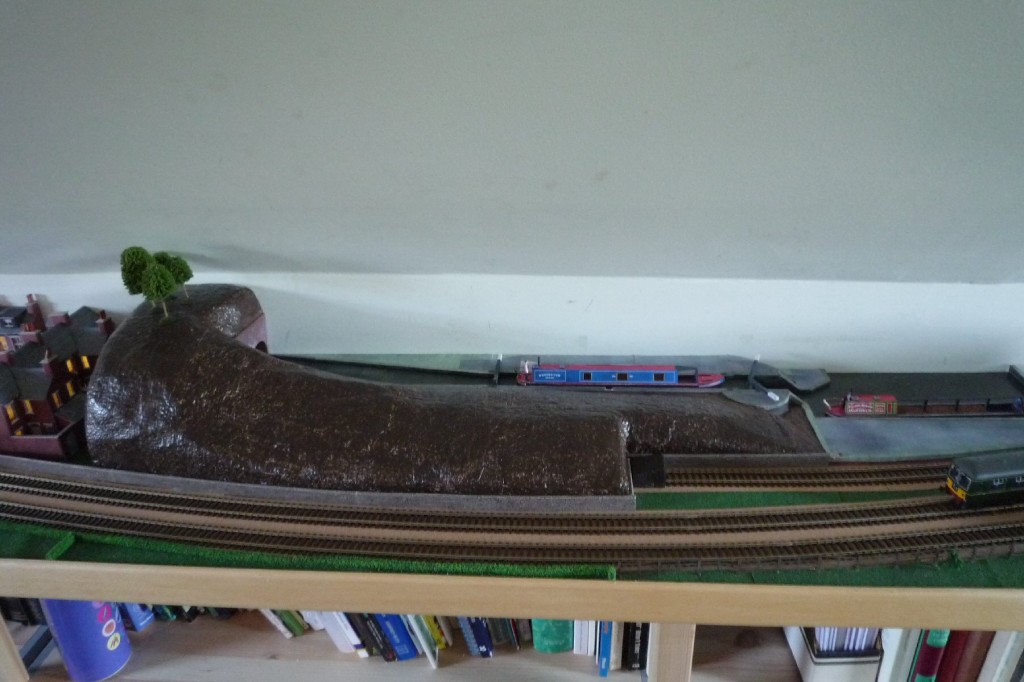 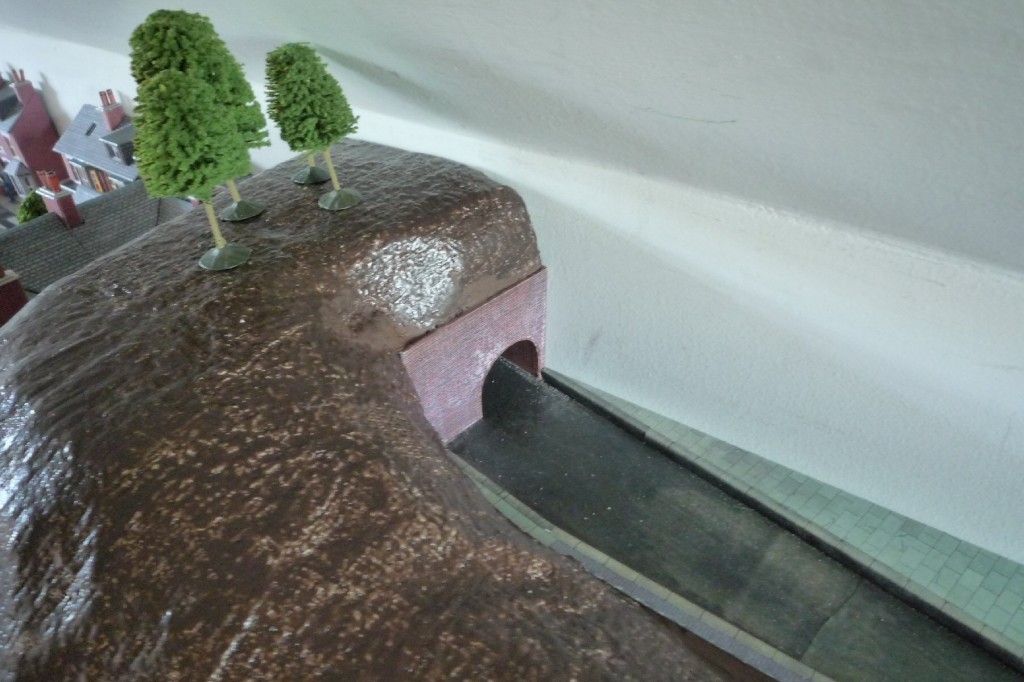 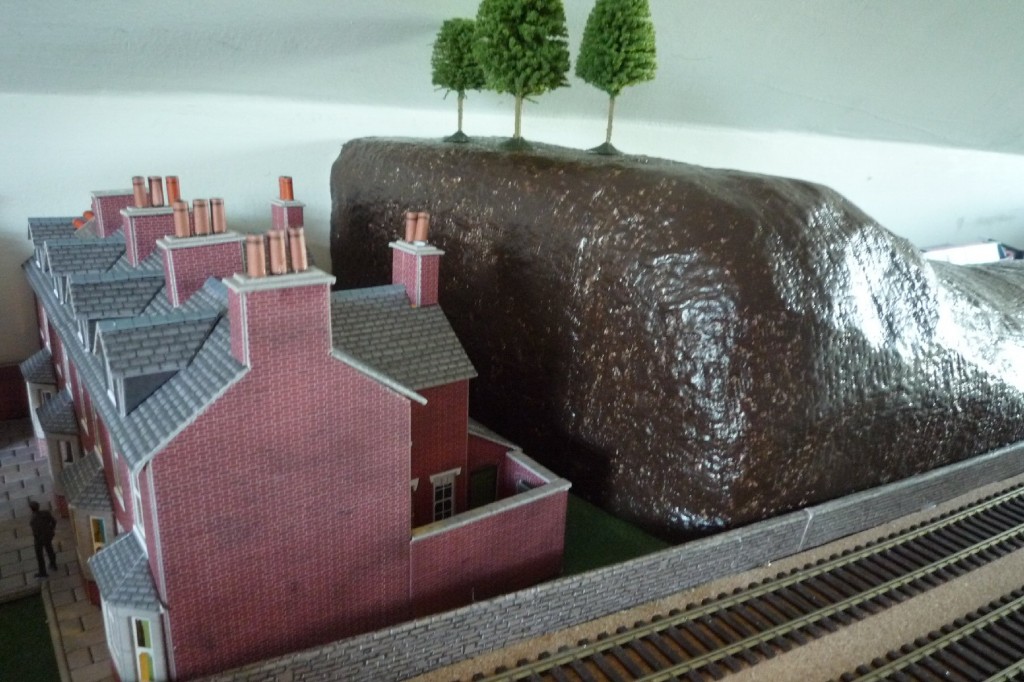 The mimic panel has been updated so that the yellow LED’s now light up when a train is in the associated section. This information is also sent to any attached computer for (eventual) automatic train control.

Whilst the firmware is primarily designed to be used with TOTI (Train On Track Indicator) hardware, it is also suitable for monitoring other inputs, particularly if inversion or input conditioning is required.

Unlike previous versions of CANACE8C firmware, this code samples each input every 10mS, and will generate an event when each input is the same state for more than a configured number of samples.

Each input can be optionally inverted to allow for an “Active High” input.

To allow for noisy signals being connected to the CANTOTI, optional delays can be enabled on an input by input basis.

The “Extended Configuration” value is not currently used; ensure this is set to 0 for
future upgrade compatibility.

The current CANTOTI firmware defaults to an input “On time” of 100mS and a “Off Time” of 500mS.

In addition, there is a build for the CANACE8C itself. This has the standard CANACE8C module ID, and defaults to to an input “On time” of 10mS and a “Off Time” of 10mS.

A wide variety of circuits can be used to detect trains. One of the simplest is this one:

This is for a DCC layout only; the diodes would be connected in series with the DCC feed to the track to be monitored. This requires an opamp with ground referenced inputs such as a LM324, and can easily be powered from the track itself.

The details for this PCB are here: